Not sure what the official English title is yet; I don’t know anything about golf, so my translation of the golf-related terms might be totally off. 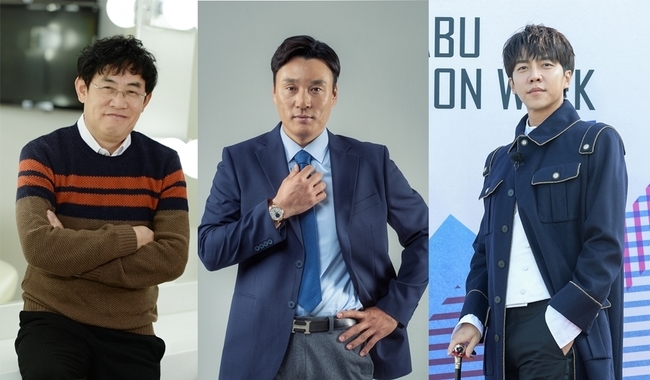 The veil has been lifted from the new variety program/golf battle “Team Up 072” produced by SBS and OTT platform Wavve.

It’s a program where the three MCs – Lee Seung Gi, Lee Kyung Kyu, & Lee Seung Yeop, all well-known golf enthusiasts in the entertainment industry – will each form a team and compete through 3-par golf battles.

The “072” in the title means “hit ball” in Korean, and it also refers to the dream score of 72 strokes for golf amateurs. There will be surprising prizes and penalties based on the battle outcomes, so the battles are expected to be more intense.

The young golfer Lee Seung Gi who’s all-kill in singing, acting and entertaining has also attracted attention for his golf skills. Even though he only has 2 years’ experience, he’s quickly becoming the entertainment industry’s representative golfer with outstanding skills. Park Se Ri once said he could even become a professional golfer with his swings.

Ahead of the first filming, Lee Seung Gi has been practicing golf diligently despite his busy schedule.

The program will premiere in early July.

This entry was posted in Team Up 072 and tagged 이승기, Lee Seung Gi, Team Up 072. Bookmark the permalink.