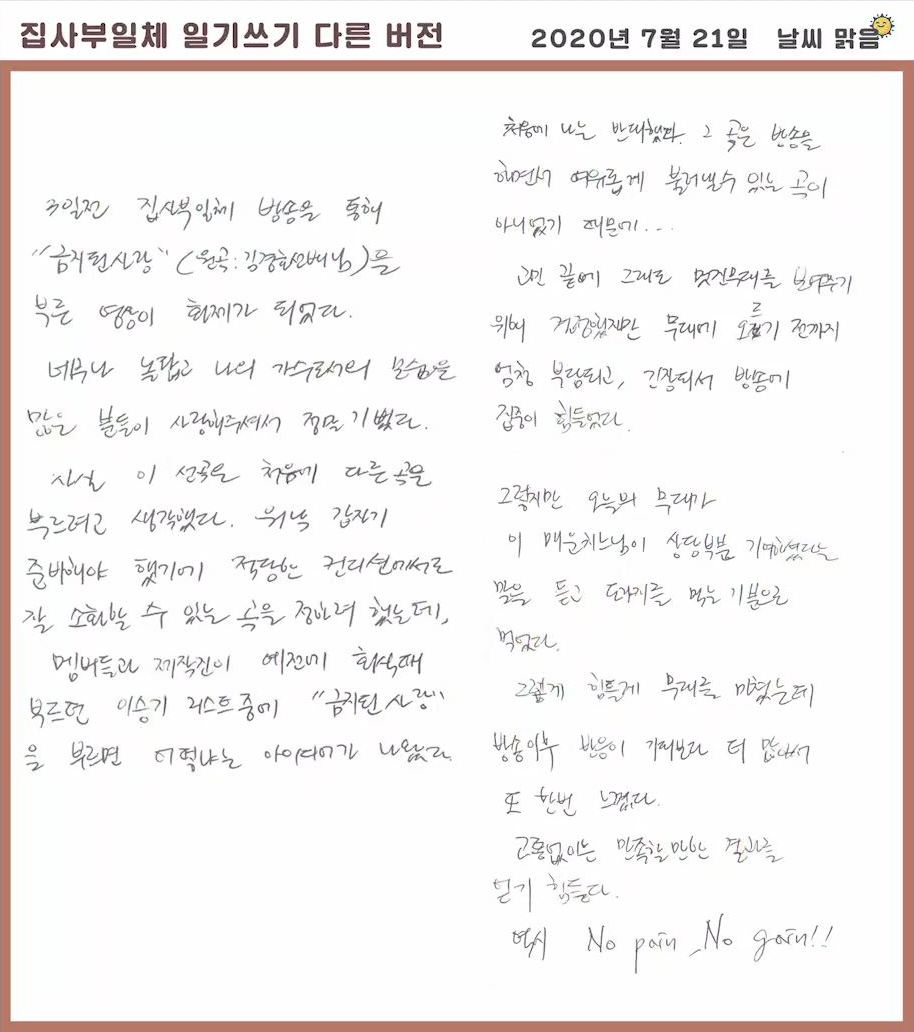 Through the Jipsabu broadcast 3 days ago, the video of me singing “Forbidden Love” (original singer: Kim Kyung Ho sunbaenim) became a hot topic. I was very surprised but really happy that so many people love me as a singer.

As a matter of fact, when selecting songs, I thought about singing a different song at first. Because we had to get prepared very suddenly, I wanted to choose a song that I could pull off even in that condition. But the members and production staff brought up the idea of how it would be if I were to sing “Forbidden Love” from the Lee Seung Gi Singing List from our get-togethers in the past. At first, I was against it. Because that was not a song that I could leisurely sing while doing a broadcast…

After much deliberation, I decided (on Forbidden Love) in order to show a great performance… However, it was difficult to focus on the broadcast because I was feeling very burdened and nervous the whole time until I went on the stage.

Nevertheless, when I heard that “Today’s stage was largely contributed by this spicy chicken,” I ate it as if I was eating balloon flower root [a medicinal herb, not very tasty but benefits the throat].

Having had such a hard time completing the performance, the response after broadcast was far more than expected, so I realized once again…

That it is difficult to achieve satisfactory results without pain.

This entry was posted in Message and tagged 이승기, Lee Seung Gi, Master in the House. Bookmark the permalink.